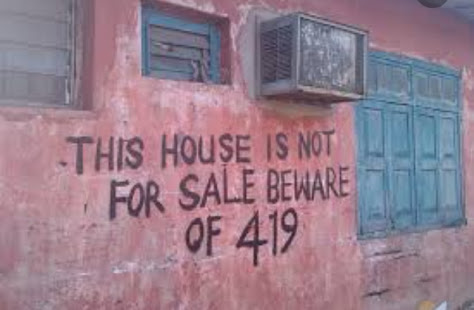 One day, however, a new sort of ad appeared in the pages of several dailies: an appeal from a certain Prince Bil Morrison.

The prince was of noble birth and hailed from the far reaches of Nigeria. All he wanted was some American pen pals.

So moving was the wording of the ad that the papers had published his mailing address free of charge. Should not the poor prince find some good old American correspondents?

He did find them, and aplenty. After a few letters were sent back and forth to his new friends, Prince Morrison made a simple request: would his American acquaintances send him a mere four dollars, and an old pair of pants they no longer needed? In exchange for such a small thing, he would send them vast quantities of ivory, diamonds, and emeralds. To him, they were but worthless baubles. Friendship, however, was priceless.

The money and pants poured in. But where were the promised jewels?

Complaints flooded the post office. Where was the wealth Prince Bil Morrison had promised to send?

Suspecting fraud, the authorities ferreted out the wealthy Nigerian. As they soon discovered, his wealth had been a creation of his fertile mind, as was his nobility. He was American. He was anything but wealthy. And he was fourteen years old.